There are two main networking models which are available to communicate the different devices over the internet.

Keep in mind OSI and TCP/IP are two different models which built in almost same period and their functionality is almost similar.

The OSI (Open System Interconnection) is a Theoretical (or Reference) Model which holds seven layers as given below. 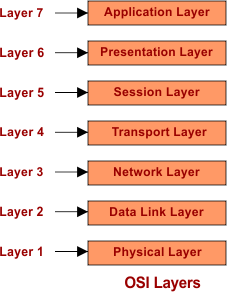 TCP/IP is a practical model and in functionality it is just like OSI model. In mostly books TCP/IP holds 5 layers and in some syllabus it holds 4 layers. Reason behind 4 or 5 layers is explained in TCP/IP tutorial.