Network layer is the 5th Layer from sender and 3rd layer of receiving side in the OSI model.

At Receiver Side, Network layer receives frames from data link layer and convert these frames to packets/datagrams and then transmit to transport layer. 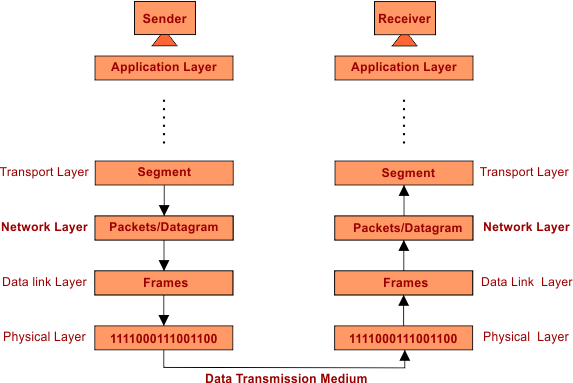 Network layer has various function let explain all functions one by one, 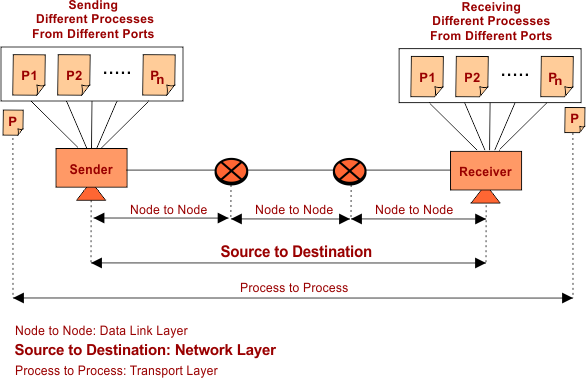 Networking layer uses the Router device to determine the best optimal path out of the multiple paths from source to the destination. Router uses routing protocols (i.e. RIP, OSPF etc.)

Sometimes when a sender sends a packet to router then router may not have enough space to accommodate entire packet. So, it is required to break these packets into fragmentations (parts).

So, fragmentation of packets/datagram is also responsibility of network layer.

The case, when maximum nodes send the data at a time to same router even with fragmentations, then buffer of router may be out of capacity. In this case, traffic must be control. Controlling of traffic is called congestion control.  So, in some cases congestion control is required which is also the responsibility of Network layer.

When a data packet arrives at a router, then router sent this data to all the outgoing links from router except the link from which the data arrived.

Suppose there are 5 routers (A, B, C, D and E) which are connected though transmission lines as given below

Note: Main advantage of flooding is that, the shortest path is always chosen by flooding because in flooding each router holds the information’s of their neighbors.

In the upcoming lectures we will see the details of network Layer functionalities.

Help Other’s By Sharing…
Casting And Its Types →
← Prev Next →