Data link layer is the layer No 6 from sender and layer No 2 of receiving side in the OSI model. This layer is little bit complex and complicated as compare to other layers. It provides host to host delivery.

At Receiver Side, Data link layer receives bits from physical layer and convert these bits to frames and transmit these frames to network layer. 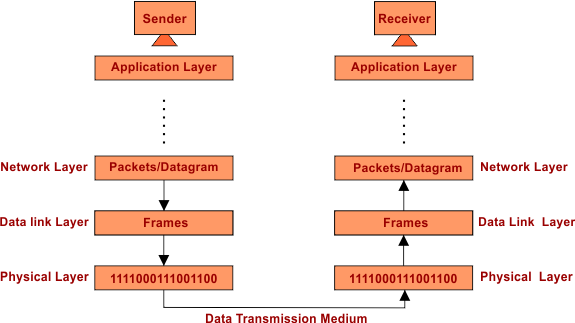 Data link layer received data from network layer in the form of Packets/datagram and converts it into Frames by adding Header and Trailer it and send it towards Physical layer.

To reach the data at destination it first pass through different intermediate nodes (i.e. Routers) which is done through data link layer. The following figure shows the detail, 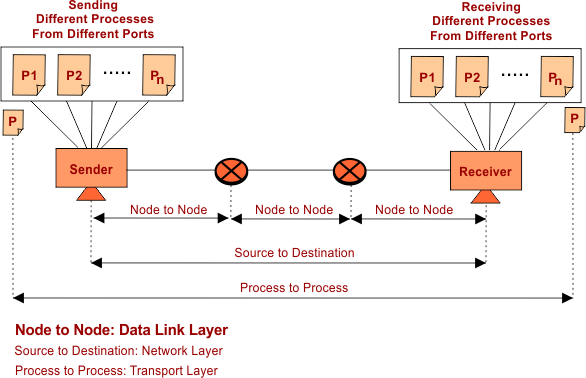 Sometimes one node has higher speed and capacity then other nodes. Then sending speed may be higher than receiver node. So, flow control comes into picture.

It uses the Stop and wait and Sliding window protocols to control the flow of data.

Then data-link layer control these errors at each node.

There are basically two ways of doing Error control as given below:

I. Error Detection
Error detection means identification of errors. There are different ways to identify the errors at each node in data link layer listed under,

Note: Transport layer also control the error but deals with only two ends host and destination.

When a node on the shared link tries to transfer the data, it has a probability of collision.

For example when multiple nodes in Bus topology try to send data at a time then collision may happen.

So, Data-link layer use the following protocols to eliminate collision. 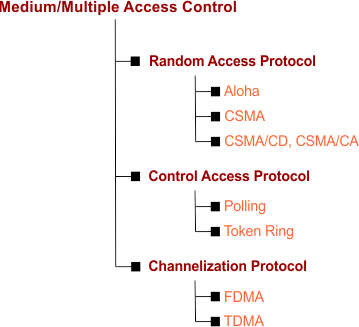 By using only data link layer communication can be done easily without using of network layer.