In controlled access protocols, there is no chance of collision because stations gets information from one another to find which station has the right to send. Control access protocols allow only one node to send at a time. In this way the collision of messages on shared medium can be avoided.
The 3 basic controlled-access methods which  are:

According to reservation, every station needs to make a reservation before to transmit the data.

Note: As sending one bit in a slot. So it called mini-reservation slot.

Example: The following figure shows a situation with 5 stations and a 5 mini reservation slots.

In Polling, there are two functions are used, one is POLL and other is SELECT. Let explain

When Primary station wants to receive the data to a secondary station then it uses the POLL function.

When primary station wants to send the data to a secondary station then it uses Select function. 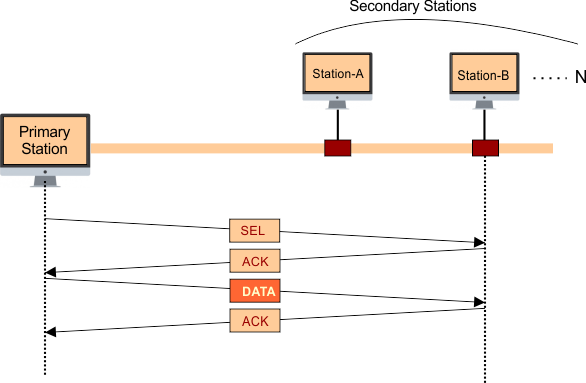 Token passing uses a special signal called a ticket or token. A token is a special bit pattern or a small message that moves from one station to the other in the some predefined order (clock or anti-clock wise).

According to token passing,

Any station in the network may transmit the data only if it has a token.  Without token/ticket device cannot communicate with network. So, there is no chance of collision in controlled access protocols.

Token passes from computer to computer, the computer whose address is match with the mentioned (destination) address in token will receive the data.

It also sends the acknowledgement signals to sender to indicate that the data has been received successfully. Token ring follow the ring topology, That’s why it can also use in start topology. 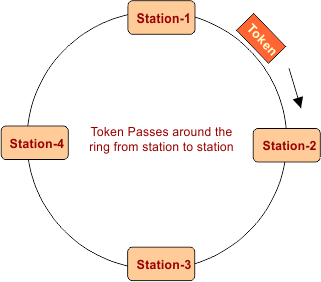