There are two major types of computers network.  One is LAN and other is WAN. Let explain both these terms

In LAN, group of computers are connected to each other in a small area such as office, building etc. 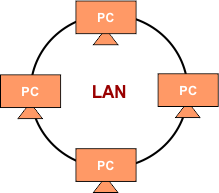 Examples: Computer Lab: Almost 20 to 50 computers are connected through LAN.

WAN is much bigger network than the LAN. It covers the large geographical area such as states or countries. 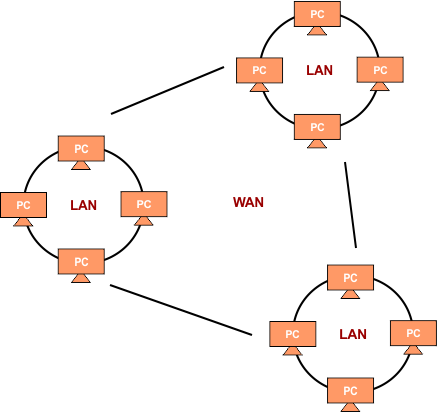 Internet is the best example of WAN which connects millions of users all over the world to share information’s. Such as

LAN is further categorized into its types

WLAN use the  wireless network technology, such as Wi-Fi. This technology rely on Wi-Fi or Blue-Truth instead of physical cabling.

CAN is Larger than LANs, but smaller than MAN. Campus area network can cover several buildings which are fairly close to each other’s.