TCP/IP model was developed by Department of Defense (DoD) in 1970s and adopted as the protocol standard for ARPANET in 1983.

TCP/IP is a practical model which is used to communicate different devices over internet.

As we know OSI model holds 7 layers. Layers with Names of TCP/IP is explain in following diagram 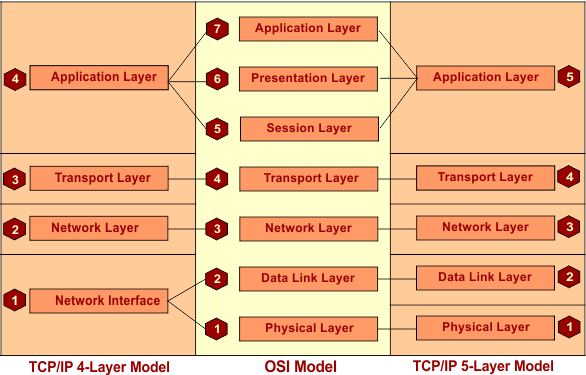 As we know the OSI and TCP/IP model are same in functionality. So, the protocols, data formats, delivery of data etc. of TCP/IP layers are just same as the protocols of OSI layers.