“Cloud computing is a model for enabling ubiquitous, convenient, on-demand network access to a shared pool of configurable computing resources (for example, networks, servers, storage, applications, and services) that can be rapidly provisioned and released with minimal management effort or service provider interaction.”

In simple word we can say

“Cloud computing is a virtualization-based technology to run various applications through internet connection”.

Cloud computing is the delivery of computing services (i.e. servers, storage, databases, networking, tools and software’s) over the internet. 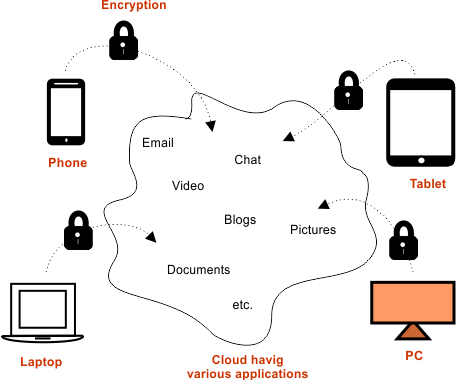 Let see the lT industry without arrival of cloud

In 1990’s when any company need to publish an application or service on internet, then owner has to

If business fails after establishing complete setup, then it was totally wastage of all resources. Because mostly resources were becomes useless and can’t resell.

There was no concept of virtualization in hosting services without cloud. Applications run on physical servers using an operating system

With the arrival of virtualization (still there was no concept of cloud), a physical machine’s capacity can be distributed among many users virtually

in 1961, a computer scientist John proposed that computer resources will be a public utility one day. His dream comes true in 1990’s, In 1999, Salesforce.com started delivering of applications and later on Amazon, Google platform and others are also comes into picture.

All resource’s setup infrastructure provided globally which can accessible through internet easily by administrator.

Another big advantage of cloud is, resources are shared among various consumers according to their needs. (Method pay as you go).

With the help of virtualization in cloud, single physical server can be distributed into many virtual servers to fulfill the demands of various consumers.

Overall, almost all problems and risks were resolved in cloud which we facing before cloud.