Conversion from Mealy to Moore Machine

Case 01: When the every entering Input in Mealy state providing the same output. Then simply place that output with state.

Case 02: When the every entering Input in any particular Mealy state is providing the different output then we cannot represent more than one output in one state of Moore Machine. In this case that particular state is duplicated.

Let explain some examples of Mealy to Moore Machine Conversions. 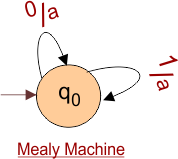 As in the above Mealy Machine,

After conversion the Moore Machine is given under 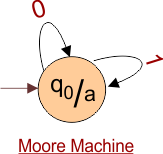 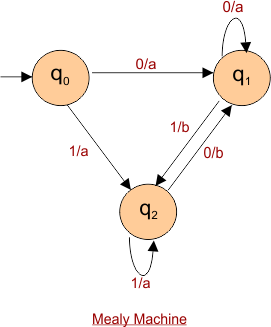 There is no arrow is entering into the state q0. So, the output for the q0 is null. As given Below

Output of 2 types (0,1) are entering into state q1, So One duplicate of q1 is generated with different output.

Further Proceeding of above,  Now make the transition from both states (original q1 and duplicate q1) for input 0 and 1. 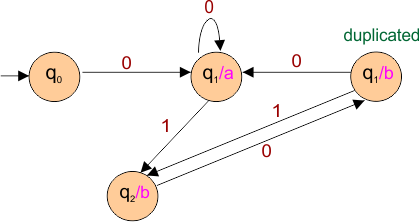 Now remaining state is only q2 which has to discuss.

Output of 2 types (0,1) are entering into state q2, So One duplicate state of q2 is generated.

By completing the transition from both states (original q2 and duplicate q2) for input 0 and 1, the final Mealy machine is given below

As shown in following diagram 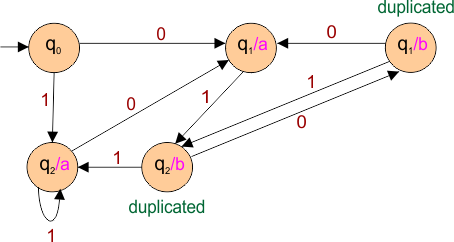 Suppose if 3 number of states and 2 number of outputs in Mealy, then 6 will be the maximum state in Moore Machine