Note: Uncontrolled manner means the Execution of conflict pairs without any restriction.

Example: In a multi user environment system, multiple users can access the same database at a time. If the there is an BANK database and multiple users needs to perform the transactions without any restriction, then there may be the following concurrency problems  can happens.

There are four major concurrency problems 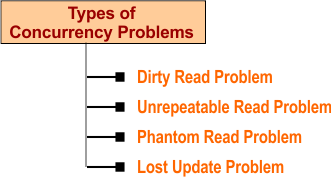 Reading the data of one instruction which is written by an uncommitted second transaction is called as dirty read. 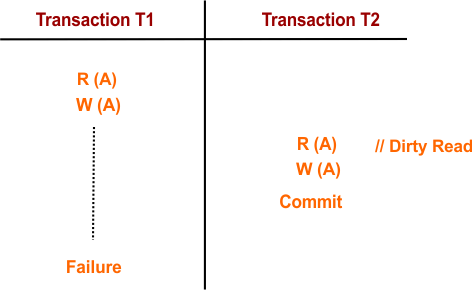 This problem is also known as Inconsistent Retrievals Problem. It occurs when there are different read values of the same variable occurs even when it has not updated its value. 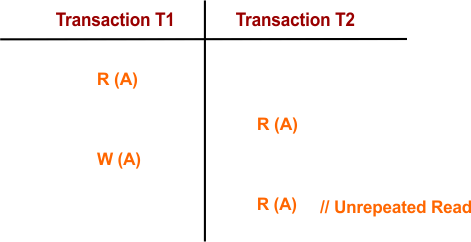 T2 wonders how the value of data variable “A” got changed from 15 to 25 even when it has not updated its value. T2 understand that, it is running in isolation.

It occurs when a transaction reads some data-variable from the database-buffer and when it reads the same data-variable later, it finds that the data-[variable does not exist. 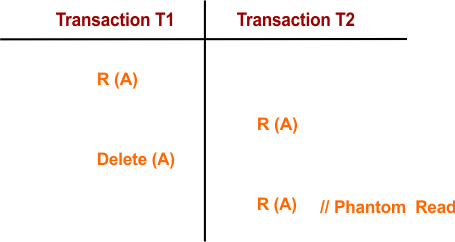 Conclusion: T2 wonders who deleted the data variable “A”. T2 understand that, it is running in isolation.

It occurs when multiple transactions execute simultaneously and updates from one or more transactions get lost. It is due to over-written. So, it is also called write-write conflict. 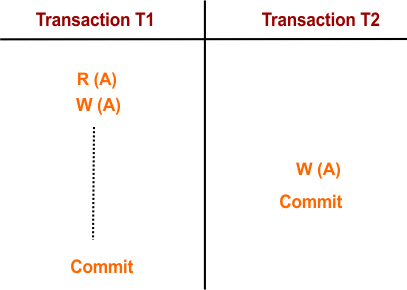 Concurrency Control Protocols are used to prevent the occurrence of above problems.