Normally, Flash memory is used as program memory and SRAM or EEPROM is used as Data memory. 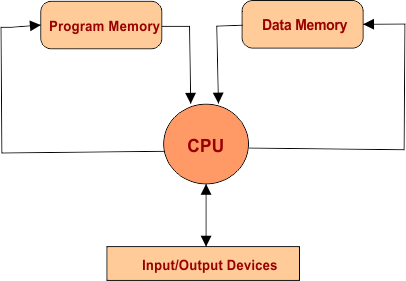 Program: Programs are set of instructions,  which are used to perform actions on data. i.e. ADD, SUB, MOVE etc.

This design is still use in almost all computers using today. This architecture contains three main components. 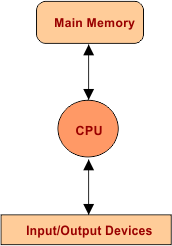 In the next lecture we will see common bus system which is very important in computer organization.