In every example Given Fields are

We have to find the following fields: 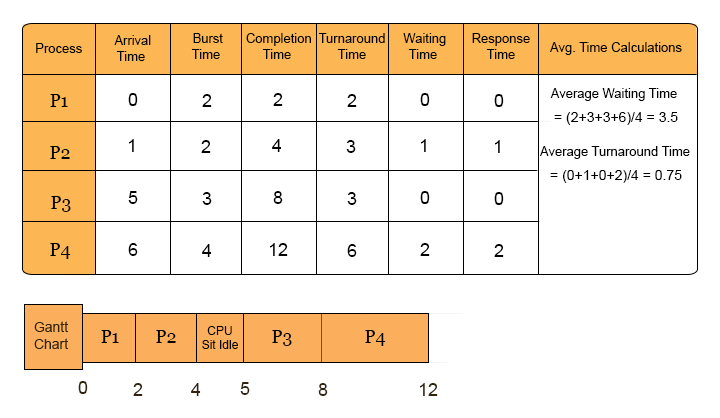 It depends on Burst Time of process.

4. Highest Priority (0 is the highest priority) 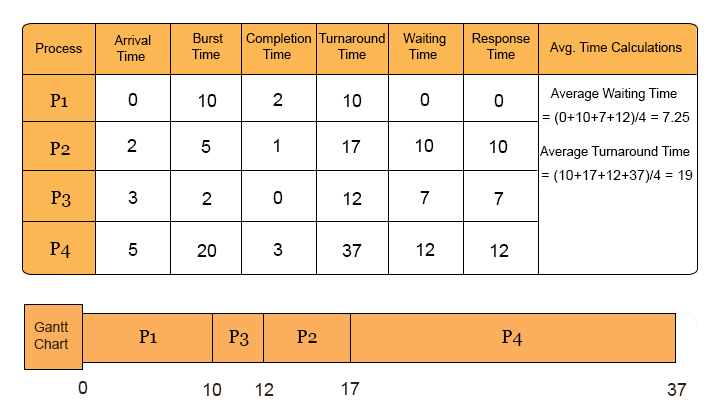 P1 is executed first because at 0 time no other process is arrive except P1. Only P2 arrive while execution of P1.So execution of P2 will alter, after P1.

As P3 Having the Highest Response ratio. So, it will execute first.

As P3 complete its execution at time 13. No other process arrive in this time. So, Check Responce Ratio at time 13 in Gantt. Chart for remaining processes P4 and P5.

As P5 having highest Response Ratio. So, P5 executed first. In the end, P4 is executed because no other process remaining to comparison for HRRN. In this way, all the processes are executed successfully through Highest Response ratio.

All Preemptive scheduling algorithms are explained in the next lecture.